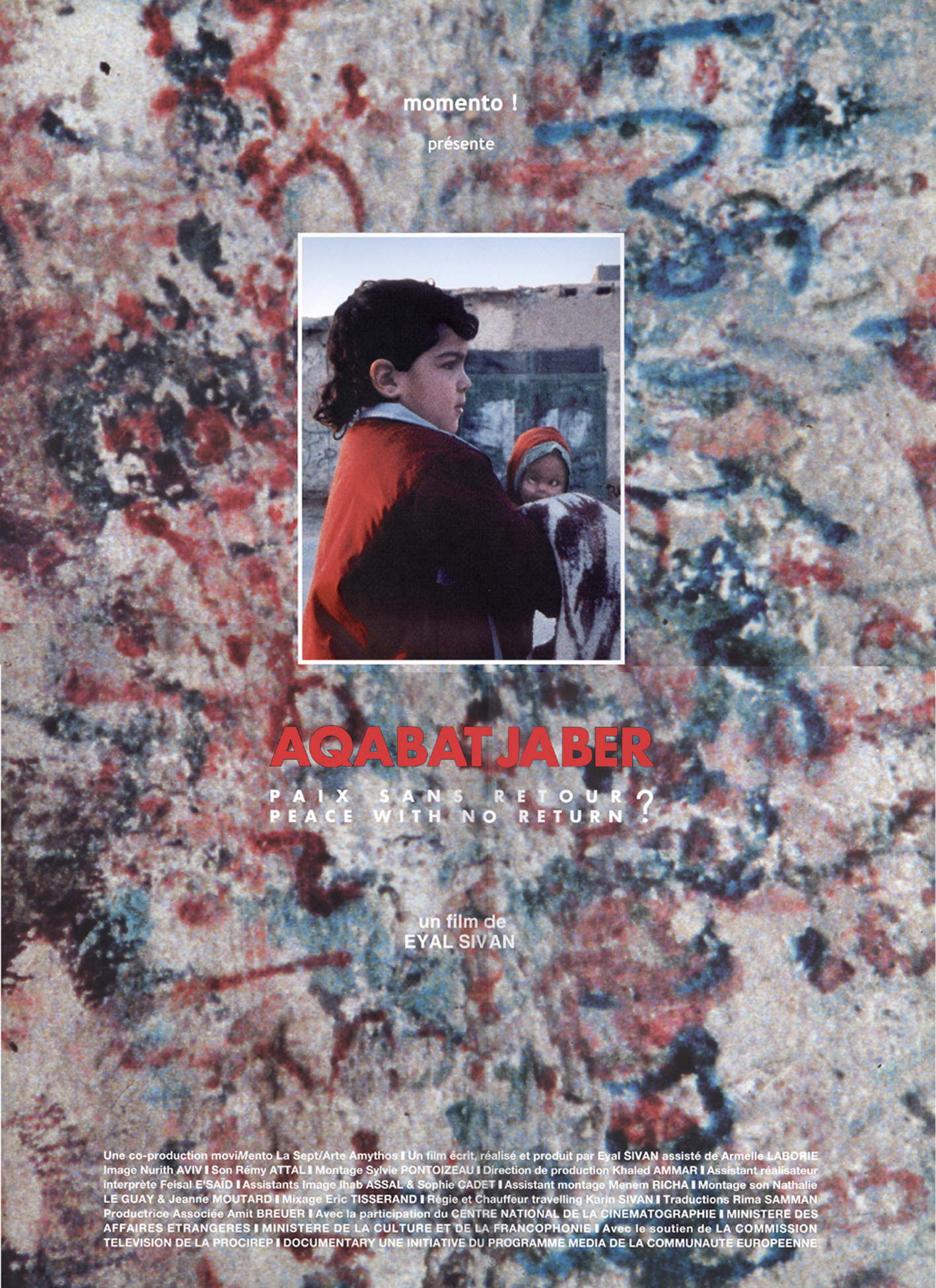 Aqabat-Jaber is a Palestinian refugee camp built nearly seventy years ago just outside Jericho. Today, the camp’s 3,000 inhabitants live under Palestinian autonomy, but paradoxically their status has not changed, they are still refugees.

Can peace between Israel and Palestine be possible without the return of the Palestinian refugees to their homeland which has now become Israel ? Does the return - either physical or symbolic - of people that suffered an injustice in 1948 when the state of Israel was created have to take place.

Having made "Aqabat Jaber, passing through" just before the Intifada, Eyal Sivan returns to the refugee camp in 1994, the day after the evacuation of the region by the Israeli army. A few kilometres from Jericho and built 50 years ago, Aqabat-Jaber is a refugee camp that is under Palestinian control today. Its 3,000 inhabitants have not however seen their status change. According to the peace treaty, they are still refugees and cannot go back to the villages from which their parents fled. The return home of the refugees, right at the heart of the Israelo-Palestine conflict, will determine the future of the Middle East.

This film, which hopes to be analogical, tells the story of the Palestinian refugees, like all refugees, deported populations, displaced persons, that are the centre of the great conflicts of the 20th century.

A strong testimony about the uprooted from everywhere (...) A beautifull sobriety cleared out from the usual conventional speach.

Eyal Sivan continues his relentless and disturbing work, from film to film, investigating thre true nature of his native country. Any study of memory, of history, of values, of the myths of Israel confronted with reality, depends, of course, and perhaps above all, for Eyal Sivan on getting to know your opponent. In this case, the enemy / partner over the last 50 years, the palestinian people.

From this honest and authentic film, that hauls out poetry from poerty the depths of despair, we understand that the Prophet stopped in Aqabat Jaber, this metaphor of the palestinian deadlock.