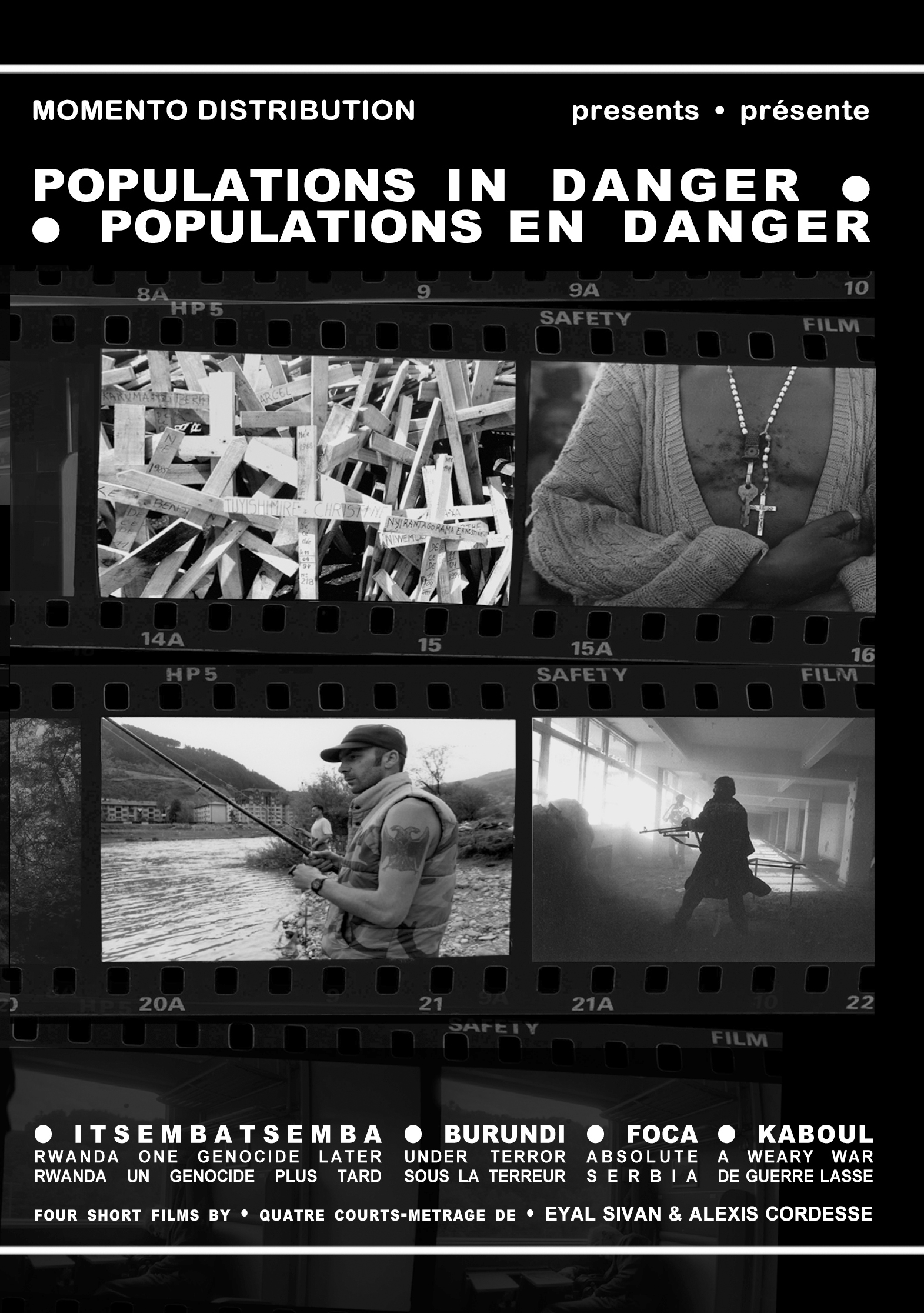 A view of the event through the people whose life is History, and a new outlook on "humanitarian photography". In Burundi, Rwanda, Afghanistan and Bosnia. This series was made in partnership with Doctors without Borders.

• Itsembatsemba, Rwanda One Genocide Later
The genocide in Rwanda (Itsembatsemba) took place amongst general indifference. On the 6th April 1994, a fury of purification swept the country. Within one hundred days, soldiers and militiamen (Interhamwe) massacred at least 700,000 Tutsis. These images were taken two years after the genocide, in April 1996. The sound track comes from Radio Télévision Mille Collines (Thousand Hills Free Broadcasting) - RTLM - and dates from April to June 1994. RTLM began to transmit in 1991 with the help of the regime and played a key role in the unleashing and the co-ordination of the killing.

• Burundi, Under Terror
Burundi, 21st October 1993: the democratically elected President N’Dadaye is assassinated by a group of Tutsi officers. Another round of reprisals and counter-attacks begins under pressure from the militia and extremist parties who encourage the racial hostilities and fan the flames of terror. There is one pogrom after another, with tens of thousands of people becoming refugees in their own country.

• Foca, Absolut Serbia
In April 1992, war broke out in Bosnia-Herzegovina. With help from the Yugoslavian army, the Bosnian-Serb militia seized two thirds of the territory, carrying out a campaign of terror against the Muslims and the Croats. This film was made in Foca, five years after the town was taken over by the Serb nationalists. The soundtrack is made up of interviews with the local population and of excerpts from the charges brought against the eight members of the local militia. There are no Muslims or Croats left in Foca at all, and the town is called Srebjne.

• Kabul, A Weary War
After ten years of russian occupation and three years of fighting against the pro-communist regime of Najibullah, in April 1992, Kabul fell into the hands of the Mujahadins. The Afghan capital, perviously spared, then became the scene of bloody fighting between rival groups of militia. The images used to make this film were taken in january and february 1995, when the capital was under siege.

On Itsembatsemba, Rwanda One Genocide Later: Diverting the tone and format of the TV report, Eyal Sivan is pursuing his reflection on the representation of genocide and the political use of memory.